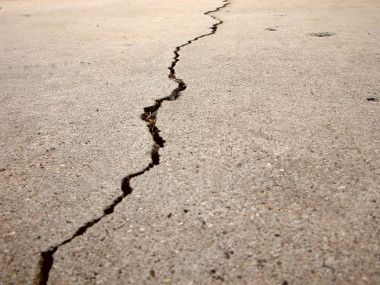 The couple was probably in their 60s. He dropped her off in front of the store and went to park the truck. Seconds later, she was on the ground, having tripped and fallen in the clutter of merchandise that surrounded the door.

I’m not sure if he spared a glance towards the confusion as he walked around us and went inside. If he did, he had no idea that his wife was on the concrete. I can’t blame him, really. There were probably half a dozen people surrounding her. She had a towel over her face and was in the midst of a full blown panic attack, wailing in a voice I’m sure no one who knew her would recognize.

But once he was located … once he stepped outside and saw the paramedics helping her onto a gurney … once the towel was removed and he saw her bloody face … he did … nothing.

No words. No touch. No reassurance. No You are still beautiful even if that scars. Nothing. He stood there for a moment, and then turned and headed for his truck. I watched her watch him turn his back, and my heart broke for her.

Husbands, love your wife as Christ loved the church … I can’t see Christ walking away.

Guys, does your wife hit a concrete wall when she tries to touch your heart? God has promised to change that, but only if you let Him.

And I will give you a new heart, and I will put a new spirit in you. I will take out your stony, stubborn heart and give you a tender, responsive heart. Ezekiel 36:26 NLT

Concrete is hard, solid, and safe, but nothing grows in it. Light and air don’t get through, until you put a crack in it. Go ahead. You’ll be amazed.