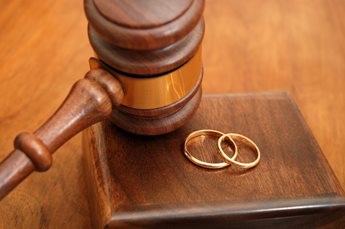 I have an 18 year old son that has been dating his girlfriend for 2 years. They are officially engaged. Recently they suspected she was pregnant. God answers prayers and thankfully she was not.

I tried to talk to both kids about pre martial sex and abstaining until they are married. My son’s reply shocked me.. He proceeded to tell me “We are married mom”.. I asked what made him think that. He said they had made their vows to each other and consummated the relationship, and though not legally married he felt that they are married in the eyes of God. He also stated that no where in the bible does it state you have to go through a “ceremony” and he felt what they did was enough.

My son is a VERY intelligent boy, in the top 10% of his class in college, but since he started taking philosophy he has come up with some strange ideas about God etc.. I want to show him that they need to be legally married but I can’t find anywhere in the bible where it states “How to marry”, it just says marry. Can you help me find an answer, or is my son right? Any advice would be appreciated.

Thank you for writing. This is a very interesting question as it pertains to the biblical approach to marriage. I’d like to review the way the Bible approaches the concept of marriage. I think marriage is woefully misunderstood in our society and by examining how the Bible defines marriage we can better grasp how we should enter into a marriage relationship.

1. Marriage is an institution created by God and therefore is holy.

Jesus confirmed this in Matthew 19 when He said, “Have you not read that He who created them from the beginning made them male and female, and said, ‘for this reason a man shall leave his father and mother and be joined to his wife, and the two shall become one flesh’? So they are no longer two, but one flesh. What therefore God has joined together, let no man separate.”

Because God created marriage, it becomes more than just a cultural idea. It is a holy union blessed by God. In recognizing such, it deserves a certain amount of respect and recognition beyond “we say we’re married so we are”.

2. Marriage can only be between a man and a woman.

In creating marriage, God defined it precisely. Genesis 2:24 states, “For this reason a man shall leave his father and his mother, and be joined to his wife; and they shall become one flesh.” Marriage can only be between a man and a woman where they are joined together as a single entity. It involves the leaving of the old, childhood life and starting something new.

There are many kinds of unions between people. However, that does not make them equivalent to marriage. Living together may be a type of union, but it does not join the participants into a single entity. Our laws recognize that spouses cannot testify against one another; precisely because they are joined in such a union.

It also answers the question of so-called “homosexual marriage”. Since, by definition, marriage can only be between a man and a woman, homosexual unions are not marriages. They cannot be. You may use some other term to describe their relationship, but to use the word marriage is incorrect. The definition won’t allow it.

3. Marriage is more than a commitment.

In your question, you state “He said they had made their vows to each other and consummated the relationship, … He also stated that nowhere in the bible does it state you have to go through a ‘ceremony’ and he felt what they did was enough.” Your son said he felt making vows to each other was enough to constitute a marriage in the eyes of God. However, the Bible actually does take a different view.
You see, marriage is more than just making a commitment to someone else. It is also entering into a holy covenant before God. In Malachi, God is rebuking the people of Judah for not following His laws. There we read, ” ‘Because the Lord has been a witness between you and the wife of your youth, against whom you have dealt treacherously, though she is your companion, and your wife by covenant.. For I hate divorce,’ says the Lord.” (Mal 2:14,16). (For more on divorce, please see “Is Matthew 19 a Contradiction?“).

God says here that marriage is a covenant, one witnessed and sealed by Him. A commitment is a civil agreement. A covenant is religious by nature and should be presided over by a religious official. Breaking a commitment can be done by mutual agreement. However, a covenant is considered binding and can only be broken if God has provided for such a dissolution – such as adultery.

4. Marriage is to be witnessed.

Because marriage is a covenant to be entered freely by two individuals, is must be witnessed by at least two or three people. This idea is confirmed in Matthew 18:16, where Jesus quotes Leviticus, “Out of the mouth of two or three witnesses every fact may be confirmed.”

Ruth 4:9-12 shows this applies specifically to marriage when Boaz seeks out witnesses to secure his right to marry Ruth, the Moabitess. There, the witnesses even pronounce a marriage blessing on them.

5. Marriage is to be held in honor.

If we take all of the above into account, we can see that marriage is an institution not to be taken lightly. In fact, it is a union of the highest honor. “Marriage is to be held in honor among all, and the marriage bed is to be undefiled…” (Heb. 13:4).

Interestingly, this verse links the idea of marriage to legal custom. In Romans 13, Paul tells us that we are to be in subjection to governing authorities. In other words, we are to obey the laws of the land because God has placed those people in power. Then, in verse 7, he writes, “Render to all what is due them: tax to whom tax is due; custom to whom custom; fear to whom fear; honor to whom honor.”

We know that marriage is honorable and the Bible commands us to render it honor properly. Further, it shows that we are to obey the governing laws and respect the customs associated with Biblical marriage.

It is an unfortunate commentary on our society that we’ve reduced the idea of marriage to one of comfort. With Las Vegas 30 minute weddings and no-fault divorce, we are straying farther and farther away from the idea of the holy covenant God set forth. It is to be binding, not broken by any man.

I would question your son’s sincerity in his intent for marriage. If he truly is serious in vowing “until death do us part”, then why would he be resistant to making that vow legal? Many times people are betrayed by their concern for the consequences of their actions. The consequences of dissolving a legal marriage are much less than they were, but are still significant. It could be those consequences are what bothers him, which means he isn’t entering a covenant relationship, but merely a temporary agreement -and that isn’t marriage.

I hope this has helped you understand what Biblical marriage is and why it is important. Please let me know how things go. I will be praying for you and your family. May God bless you as you continue to seek Him.